Not anymore, not in 2017 and still not in 2056.  While shopping at a local farmers market in Encinitas, California, he was looking older than usual, and was about to find out that was unacceptable to the World’s app users.

He knew it was coming eventually.  In his last several movies, in particular “Stuart: The Plant Killing Vegan,” he could see the signs of aging, but he figured that was okay because we’re all human.  Still, he knew that people are unforgiving when it comes to physical looks, so he tried his best to just stay indoors, never get tagged in photos, use Ageless Moviestar™ software, and only post pictures online if they were taken several years ago.

It worked for 40 years, but it finally caught up with him on Saturday when he bought his last piece of fruit as a free man.  He was enjoying a nice afternoon talking to vendors and walking past people who didn’t recognize him from the smash hit “Cat Sitting, part III: Find the Poop.”  But then he caught someone looking at him too closely.

He knew he was caught.  A bored Encinitas police officer had nothing else to do, as usual, and stopped Mr. Swanson as he was trying to sneak away in the parking lot.

“What are you doing?” the officer asked.

Unsure how to answer, Old Man Swanson tried to be silly and just responded “I’m talking to you!”

But the officer wasn’t having it.

Again unsure how to answer, Mr. Swanson made one last attempt to fool the officer.  He pulled out his wallet and showed him a 40 year old picture of himself, saying “this was taken yesterday.”

Unfooled, the officer placed him under arrest and took him to the station, where a decent jail picture of him was then taken and circulated around the internet within 24 hours. 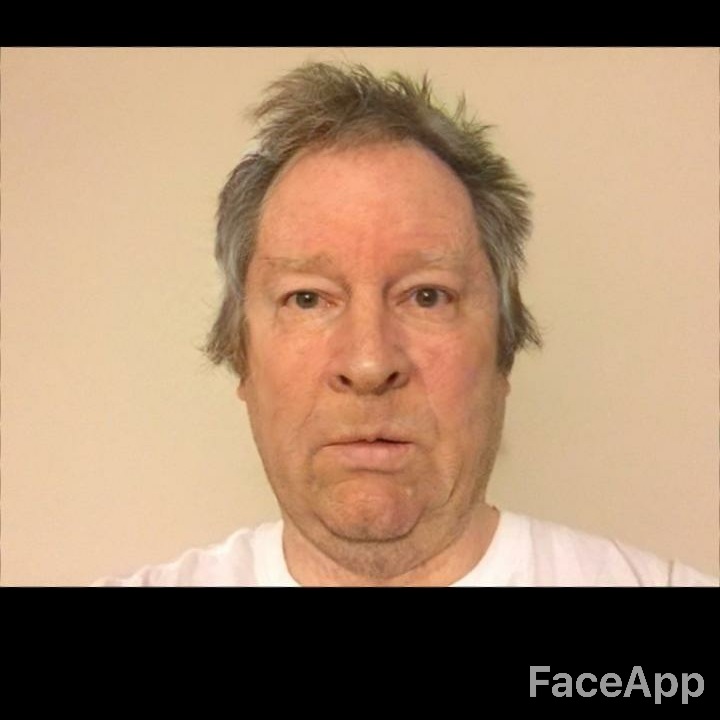 The internet lit up with all kinds of comments, and even though the “Friends? LOL” star didn’t officially commit a crime, everyone jumped to conclusions and vilified him based on his appearance alone.

“Geez, what’d ya do, stay alive for 8 decades?” commented one person about the 79-year-old man.

“What’s going on with those sideburns?” said another.

“You just lost two fans, one for each part of that double-chin.” said 2 people (from one of those shared profiles made up of one woman and half a man.)

His biggest fan wrote him a postcard, simply stating: “Disappointed.”

But Old Man Swanson was just glad to hear from anyone.

Seeing his temporary joy, the prison staff took an awful picture of him reading it, then confiscated the postcard and shared both images with the internet.  This fueled everyone’s anger, and added to his jail time.

And now that we are living in the future, and we’ve mastered predictions, we know what ultimately happens from here.  Stuart Swanson then completed his life sentence, living a healthy prison life for the next 40 years to the crazy age of 119 years.  Honestly, he looked good for his age, but when the internet saw the final photo of the world’s oldest inmate, all they could talk about was how old he looked.