Unemployed Cat Decides the Day Starts Around 5:47am

Common house cats are known around the world for being quiet, laid back individuals who are able to babysit themselves and generally be cool.  They know when to hang out, and they know when the party is over.

But strange, uncommon cats definitely aren’t normal, and sometimes their name is Holmes.

Holmes is a strange cat with strange habits.  He’s almost normal, but not quite.

Like all other cats, he sleeps 16 hours a day and has never held a steady job.  He loves to fight, loves to play, loves a good meal and loves attention.  He’s about as friendly as a cat can be.

He’s pretty straightforward about his daily demand with his adorably loud vocals, his well-trained paws, his wet nose and clumsy ninja moves.

You can’t just sleep through it — but you get used to it.  After 12 years of disrupted sleep, it becomes second nature.  You just figure out the quickest way to get him to settle down so you can get back to sleep, and it’s okay.

But today he crossed the line which is why I wrote him up on the internet here.  I feel bad writing this because he just wants to hang out, but not bad enough to stop writing. 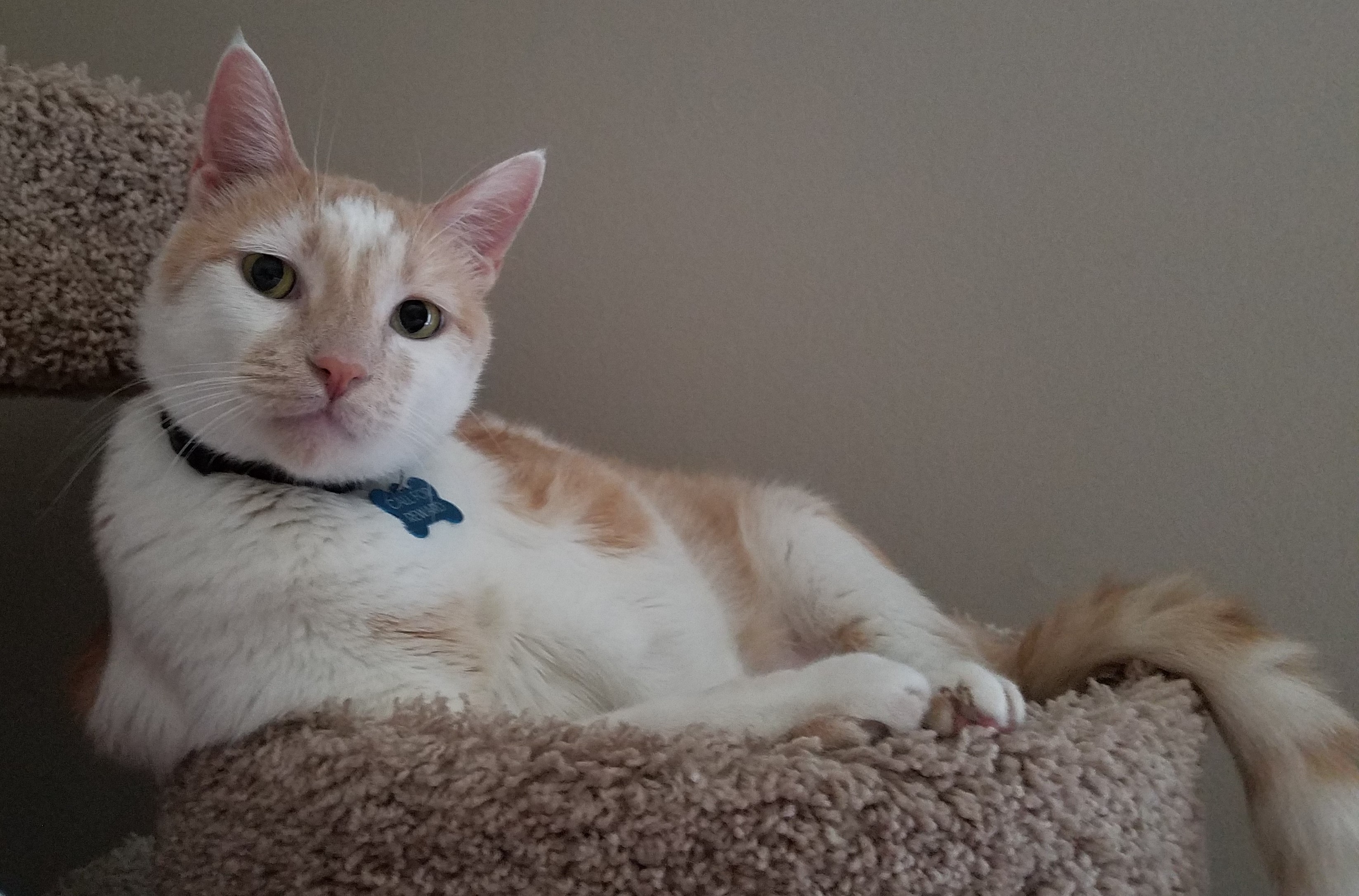 Today, Holmes got an early start by asking for food at 4:32am even though there was already food.

About 10 minutes later I don’t know what he wanted but he let me know about it verbally.  I petted him for a minute, let him know he’s the best, then went back to sleep.

That sleep lasted about 10 seconds, because he then practiced a barrage of complaints that never stopped.  I decided it wasn’t worth even trying, so I did nothing and got as much sleep as I could in between complaints.

That lasted about an hour.

At exactly 5:47am though, Holmes achieved a new low (or a new high, if you’re looking at life from his perspective.)

In a display of superiority, and as a reminder that he could kill me in my sleep if he wanted, Holmes descended from what felt like the ceiling, and landed directly on my neck and upper body.  No claws though — he kept his claws in.

I couldn’t believe it.  I will never know how he got that much air time even though he probably did jump from the distant cat tower.  Such an impact and really cool way to wake someone up!

And I got up and we played and he was happy.  In fact, he’s happy right now sitting next to me as I write this, so I can’t even be mad at him.  I wonder how he’ll wake me up tomorrow.