Earlier this afternoon, typical loser (male in his twenties driving too fast) Dwayne “Sparky” Rogers won a temporary race during everyone else’s peaceful commute home.  Unfortunately for him he was the only participant, and it was a race to nowhere.

Nobody else knew there was even a race. Everyone else just figured they should relax and drive safely, maybe even enjoy the nice weather outside while listening to the blues on the radio.  But Sparky had other plans, impatiently tailgating, cutting people off, swerving around and wearing out his obnoxious muffler. 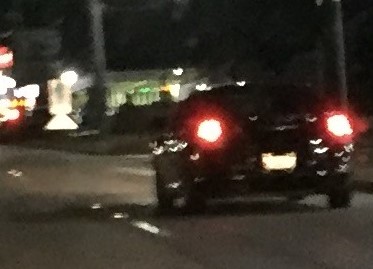 Sparky made a spectacle of himself, driving past everyone with his trademark open-mouth dumb look as he drove past each driver.  He then made his final push, swerving dangerously close between an elderly driver and a huge 18-wheeler, showing everyone just how worthless his life was.  He then floored it to his destination.

Everyone was then suddenly overcome with joy as they noticed the upcoming stoplight turn red just before he approached.  He actually had to slam on his brakes, making one of his truck’s fake balls fly out of the bag, rolling back towards everyone he left in the dust.

Then his car exploded, and because he won his little race by half a block, everyone except him was okay.  He died though, and nobody helped because his whole car and all of his body parts evaporated into the atmosphere, so there was nothing to clean up or report.  It was perfect.

He then never showed up to the dive bar, but nobody noticed because he didn’t have a personality.  Within 2 days, everyone he ever knew forgot he existed.