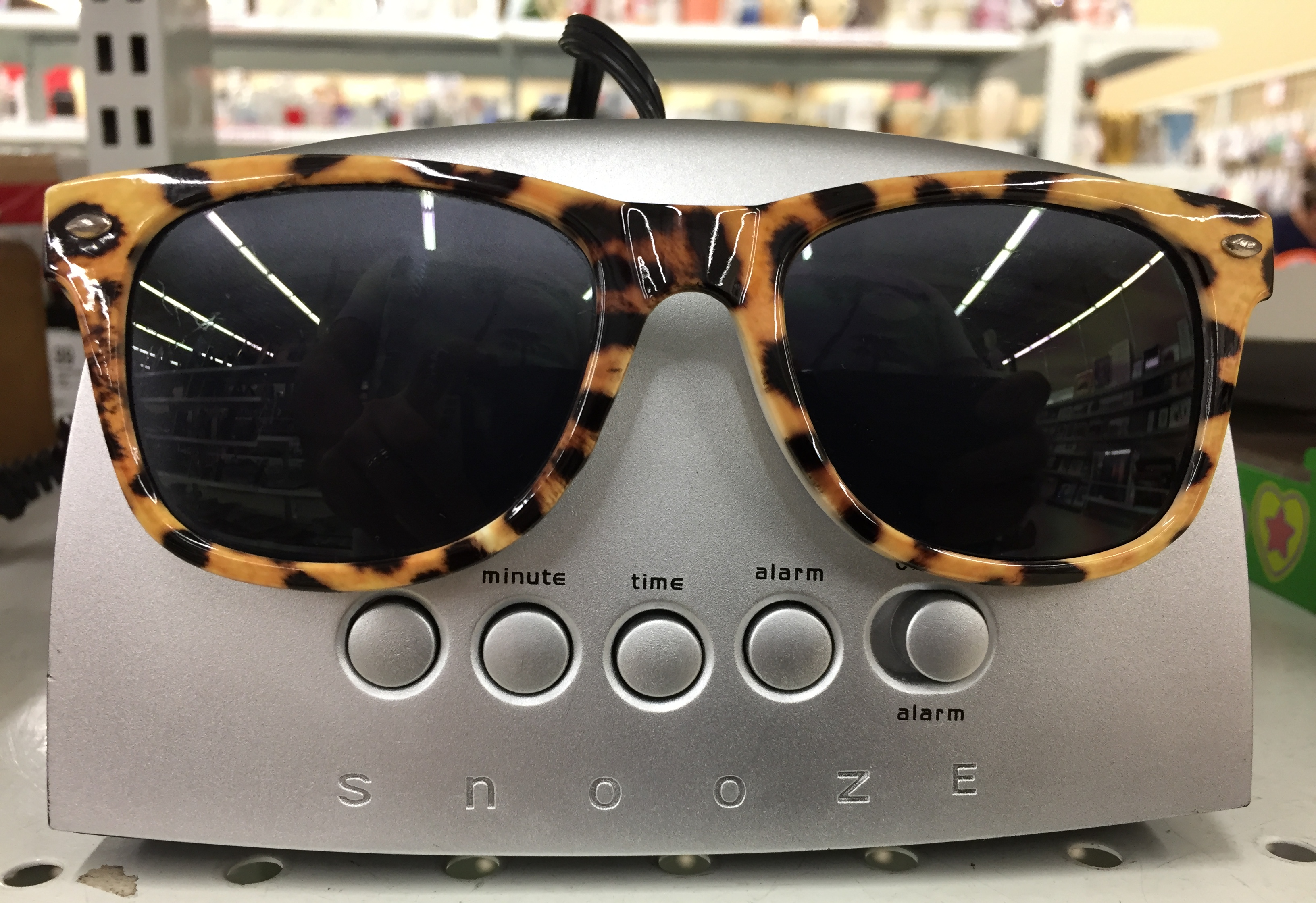 Move over smart phone, there’s a new button that’s all the rage with kids, adults and even other kinds of people.  Whoever you are, you can’t get enough of this thing, and you know it.

The snooze button, who now goes by AKA Snoozy due to its newfound fame, finally agreed to sit down with The Trues and answer a few questions we’ve ALL been dying to ask.

Editor’s Note: We met up in the outdoor courtyard of a quaint coffee shop, on a very nice sunny day.  This interview was cut short because, well, you’ll see.

First off, thank you for agreeing to have this interview.  Ever since you physically retired last year, leaving the grunt work to all of your clones, you’ve been known to live an elusive, private life.

Hey, no problem.  It’s actually kind of nice to get out of the house.  It’s nice to have a house!

You’re actually so popular that people are calling you something new every 15 seconds.  In fact, in the timeframe that we’ve been talking, according to Twitter, your name is now simply “The Snooze”…

Everyone loves you.  How can you not love a temporary escape from reality?  You’ve been around for about a century, but you really skyrocketed last year thanks to rising inflation, lower incomes, overbearing supervisors with single-family homes and nice cars, never-ending elections, celebrity deaths, facebook comments, rigged sports events, recycled entertainment and general sadness increasing every day.  If you think about it, we’re all living in a tame, slow-motion prequel to The Hunger Games.  People simply don’t even want to get up anymore…  But you’re doing great!  How are you dealing with being in the spotlight?

Wow.  When you put it like that, it explains a lot.  I was actually in a good mood until now.  You’re right, the only reason why I’m popular is because life sucks for the majority of Earth’s population.  What was the question again?

I am so, so sorry.  Let me rephrase: What’s your life been like since last year? (How have you been dealing with the fame and popularity?)

Tom Snooze: (who removed his sunglasses in order to make direct eye contact to answer this question):

You know, you really brought me down, man.  Here I was, an aging hipster in the twilight of my life, just when it started to be cool to be an aging hipster.  Finally enjoying my moment in the sun.  Better yet, thanks to mass production I was able to retire and start globetrotting.  Everywhere I go, I’m recognized.  And not only that, everyone’s been real nice to my face.  But now, I’m not sure how genuine that is.  Thanks to you, with your question — your pre-calculated, backhanded question, I’m not so sure how genuine everyone has been.  Now, it’s quite clear to me that I’m not really “adored” but I’m more of a depressing reminder that people have to get up and “try” to make it another day…

[Snooze was becoming visibly angry and people were starting to stare]

[The Snooze left abruptly, and you could hear the snaps of paparazzi photos coming from the bushes, just as he looked his angriest]